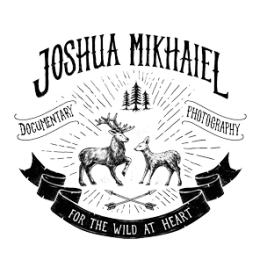 Wedding Photography for the Wild at Heart

If you’re getting married anywhere in Australia and want more than just pretty pictures from your wedding photographer then I’d love to have a yarn.

Wedding photography to me is about so much more than just a few hundred photographs. I strive to strike the line between beautiful fine art photography and photojournalism.

I want to give you a window back into the most special celebration you’ll ever have. A gift to remember the beauty of marriage in the hard times and the good.

"PHOTOS OF HOW IT FELT, NOT JUST HOW IT LOOKED"

Wedding photos are a bit of a funny thing aren’t they. At least that’s what I thought when my room mate asked me to take his wedding photos for him 10 years ago. I had just bought my first camera and I had no idea what wedding photography was about. I was studying journalism and had my heart set on being some sort of crazy war correspondent, hiding in the trenches with just a notebook and a film camera.

Hard hitting photojournalism appealed to me. Cheesy loved-up wedding photography did not.

To my surprise taking a photojournalistic approach to his wedding was actually super fun, and by the end of the night I was hooked. I wanted to photograph as many wedding as I could. I’ve tried to keep that story-telling approach to my wedding photography all these years and 350 weddings later. To me wedding photos should represent how the moment felt, not just how it looked.

My job is to transport the viewer into the war-zone (let’s be honest weddings can get wild) as much as I would transport someone to a literally war-zone in in the Middle East. Picture’s shouldn’t just be visual, I think if I’ve done my job well they should really make you feel something. Have an emotional texture to them, not merely seem “pretty”.

A BIT OF MY HISTORY

I grew up on a farm not far from the Blue Mountains and have always had such an appreciation for the beauty of Australia’s rugged landscapes. Because of that I guess I’m inspired by the wild outdoors of this beautiful country and the love stories that inhabit them. I think I’m mostly drawn to rougher textures in my images. It feels more real somehow.

I think love is like that, and I think the location you choose for your wedding really acts like an extra character in the scene. Love is wild, it’s messy, it’s not easily contained or understood. I like to shoot in a way that portrays that through the images. So that the story has a texture of its own, wrapped up in who you are as people. I would hate to ever give you photos that were “pretty” but didn’t feel authentic to who you are as people.

In 2015 I was given the absolute honour of being named one of Rangefinder Magazine’s top 30 Rising stars in the world. Being named among some of my absolute hero’s was pretty crazy humbling. But also a cool signpost that choosing to ditch the traditional cheesy wedding photography and choose to tell stories in the way that was personal to me was working ok

My wife and I are moving up to Queensland in 2022 to start an exciting new chapter in our lives. And I’m super stoked to be able to start shooting more weddings along the Gold Coast, Byron Bay and Toowoomba areas. I never expected to become a Gold Coast wedding photographer after so many years in NSW but love has a funny way of inviting us to take new leaps.

I would like to acknowledge the traditional custodians of the beautiful land on which I am blessed to be able to run my business. The indigenous first nations peoples of Australia. I pay my respects to their elders, past, present and emerging. 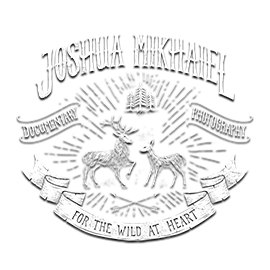